350 mile sponsored bike ride for dementia charities, in memory of my Mum, who lost her dementia battle earlier this year


According to the Alzheimer's Society, there are currently around 800,000 people in the UK diagnosed with dementia. This is expected to rise to around 1 million by 2021. Dementia is terminal, there is no cure at present.

Along with a friend, I'm planning a sponsored cycle ride (just the two of us), in aid of dementia charities.

The ride will be in memory of my Mum, who sadly lost her battle with vascular dementia on 6 March this year. She spent her later years in Sussex, but lived and worked in St Austell during the 1970s and 1980s. I was her full-time carer for the last five years of her life.


The ride will start on 10 September, and is likely to take up to 10 days.

The route is approximately 350 miles long.


We'll be starting from Southwick Community Church in Sussex, and officially finish at John Keay House, St Austell, the former HQ of English China Clays (Imerys), where Mum used to work. But, we'll also be calling at the site of the former Cornwall Coliseum, where I used to work during the holidays, when I was at Bristol Polytechnic (now UWE), and of course, the Eden Project.


For the most part, we'll be stopping overnight at various campsites along the route.

We'll be taking photos and videos along the route, and we'll be sharing these online as we progress.

The two main charities we're be raising money for, are: 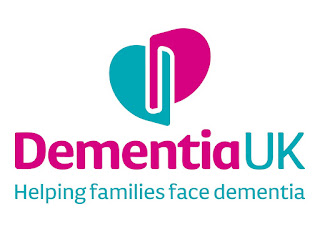 I've also set up a blog about the bike ride, and the preparations we're making towards it https://cycling4dementia.blogspot.co.uk