The aftermath of losing a Mother to dementia, what does the future hold for me? 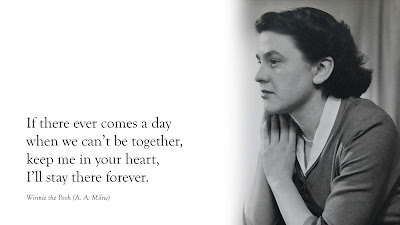 It's now three weeks since Mum passed away, yet there is still much to be done. Whilst I've single-handedly managed to arrange some of the more important things, there are still many other matters to deal with. But, here's where the toll of caring for a loved one long-term, and the grief through the loss of a loved one, gang up to try to defeat you. They certainly seem to be winning at times.

Some days, I just don't feel like doing anything important. But, I know I'm going to have to, at some point very soon.

There are many worries, especially financial. Mum's dementia, in it's earlier stages, meant that she lost quite a lot of money to unscrupulous individuals, who took advantage of her situation. Insurance policies lapsed, and her finances took a nosedive to pretty much zero. That, along with the costs of agency carers, resulted in a final bank balance of not very much.

What is left in her account, will cover most of her funeral expenses, and nothing else.

Her pensions, of which she had four, have now stopped. My current income, is purely from the state. I received a carer's allowance, and income support, which in total amounted to very little indeed. For the past four and a half years, we existed on Mum's pensions, but they've gone now.

Caring for Mum for so long, took it's toll. Although, I wouldn't have had it any other way. But, now I find myself on the brink of poverty, as part of my reward for caring for so long, for loving my Mum, and doing everything I could for her. I'm not bitter, I loved her, but without her, I'm worried about what the future may hold!

I'm nowhere near ready to even think about working again, and even if I was, I'm not even sure what I could now do. I've been out of work, so to speak, for five years in total, and next month sees my 60th Birthday! Who on earth wants to employ a 60 year old Graphic Designer? Especially one that hasn't actually carried out much designing, for so long!

Being a somewhat optimistic person, I guess I'm hoping that something will emerge over the coming months. Something that I'd be happy to do. I certainly have plenty of experience of caring for someone living with dementia, and all the difficulties that entails. But, there is no way I would even want to consider becoming a care worker, I've more than done my share of caring.

What I have discovered over the last few weeks, is the complete lack of support, at least where I live, available to former family carers. Yes, there are bereavement counsellors, but not specifically for family carers of someone with dementia.

How many of them understand, when a close family member cares for someone with dementia, that grief and bereavement is an ongoing process, throughout the period of caring? A family carer grieves, and suffers bereavement, each time they lose another small part of the person they care for, as the evil of dementia progresses.

By the time Mum passed away, she had become a mere shadow of her former self. A helpless little old lady, whose mind and body had been eaten away by this evil disease.

So, whatever I decide to do in the future, part of it at least, will be a legacy to Mum. If I include the earlier stages of her dementia, I cared for Mum, for a total of around 10 years, especially after it became clear that she was beginning to have difficulties with everyday chores. There is no way I can now walk away from that 10 years of experience, and not try to help others who find themselves in similar circumstances.

How I do this? I don't yet know. But, over the next few weeks and months, I'll do my best to find out. Whatever I can do to help others living with dementia, and those family members who care for them, I'll do it.