The pain of losing a Mother

It's been two days since Mum passed away, and though things are easing a little, it's still very tough and very painful. Seeing her decline so dramatically over the past few weeks, was incredibly painful, especially when realising that the end was indeed close.

There are still many things to deal with;

I'm taking each day as it comes, and I'm only dealing with what I feel I can at the moment.

My pal and his Mum are both Baptists, and whilst I am not particularly religious, Mum was a Christian, and their Baptist minister has agreed to hold the service - I met with her yesterday, which was helpful.

My pal and his Mum also came round last night, with two other Baptists, one from Sierra Leone and one from Germany, for a friendly chat and drinks. Again, I found this very helpful as I move forward through the next phase of my life.

The hardest part so far has been the state of limbo I find myself in. From four visits a day from the careworkers over the last four and a half years, and daily visits from community nurses over the last few months, to nothing, in the space of just a few hours!

I've been absolutely overwhelmed by the responses and offers of support, I've had on both Facebook and Twitter, from friends both real and virtual. As well as those on my own small Caregiving Forum.

One of my major concerns was funeral expenses. In the early stages of her dementia, Mum got her finances into a real mess, and any insurance policies she may have had, lapsed. Fortunately, here in the UK, there is some financial help available from the government, available to those in receipt of certain benefits, of which I am one. But it won't cover all of the funeral costs - so I still have to find some of the costs.

I'm meeting with the funeral directors tomorrow to discuss the options available. It will need to be a simple funeral to keep costs down, fortunately, under the government scheme, cremation costs and the cost of the Doctor's certificate are covered.

I was never planning a grand funeral for Mum, as I've been grieving for the last four and a half years, and have said goodbye to various aspects of her personality, and her as a person, during that time, and on numerous occasions.

It is now time to celebrate her life, which the minister wholeheartedly agrees with. Mum had a good life, and lived, for the most part a happy and healthy one. She managed to survive until just after her 90th Birthday. I did everything in my power to keep her happy and safe, during her last few years. 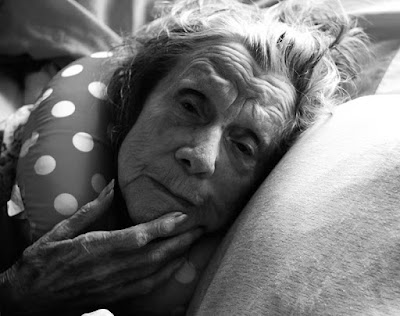