Although the day started as normal, the following 24 hours were to prove somewhat different. Mum was fine during the day, but gradually became a little more confused in the evening. This often occurs just before a bowel movement.

Throughout the evening, I continued check to see if the commode was needed, and as is often the case, it was finally required at around 03:30 in the morning. As Mum can’t get out of bed by herself, she has to be hoisted onto the commode. Whilst on the commode, she became more vague and confused, and was trying to retch, but producing nothing.

Once Mum had finished with the commode, and I had cleaned her and hoisted her back on to the bed, it was clear that she may need a doctor to come and see her, I suspected it might be a UTI. I have a tub of Urine Reagent Strips, and was able to carry out a test. Whilst the test was negative for leukocytes, it was positive for blood, another possible sign of a UTI, she's had a history of occasional UTIs since late 2012. 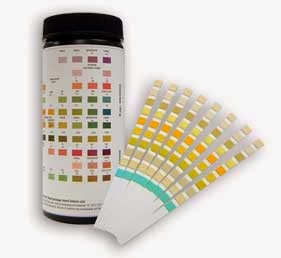 Fairly recently in the UK, the National Health Service (NHS) introduced the 111 service for non-emergency medical calls. Often criticised for its poor service, I was able to put it to the test.

I called the service at 04:26 in the morning, and after answering the usual computer generated questions, and saying I thought it might be a UTI, I was informed that a clinician would call me back. The call-back came 17 minutes later, after being asked pretty much the same questions again, I was asked to check Mum’s blood glucose level - it was raised at 8.8 mmol/L (158 mg/dl). The clinician agreed that a doctor should be sent to see Mum, but that it could take up to two hours. I then had to wait for the doctor to call me.

I was called at around 05:03, and asked what the symptoms were, the doctor told me he’d be round as soon as possible. 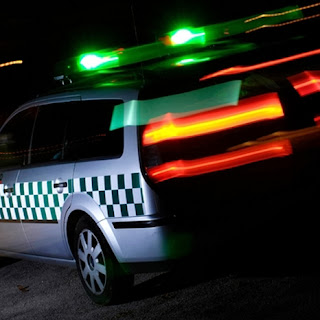 He arrived at 05:55, and carried out the usual checks, temperature 37 °C (98.6 °F), listened to her chest, and asked her if she had any pain. He then asked me how easy it would be to get a urine sample, I explained it would be difficult, but that I had managed to use a test strip, and was able to tell him the results.

He agreed that it was quite likely to be a UTI, and prescribed the antibiotic Trimethoprim, to be taken twice a day, for seven days.

By the time the doctor left, it was almost exactly two hours since I made the initial call – so I can’t really complain. He also had the Trimethoprim with him, so no need for a prescription and no need for a trip to the pharmacy. Here in West Sussex, the 111 service seems to be operating efficiently, at least in this case.