Grief and what may trigger those sad moments - based upon my own personal experiences... 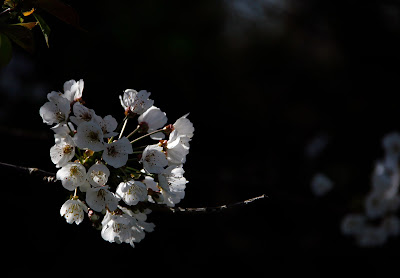 I remember, when my Dad passed away, almost 23 years ago, that from time to time, certain, totally unrelated things or events, could trigger a relapse into a brief period of grief.

Since Mum passed away, five weeks ago now, I'm occasionally experiencing such triggers all over again. Sometimes, it's something totally unexpected that can trigger such feelings.

The other day, I was coping quite well. I even went for a cycle ride in the afternoon, which helped significantly. Then not long after getting back home, I received a phone call from the Community Equipment providers, who were unaware of Mum's passing, to set up an appointment to service her hospital style bed. After I explained the situation, and hung up - kapow! It was a trigger! The grief came flooding back, albeit briefly.

Whenever I met people who knew Mum, or knew about Mum, and offered their condolences, this often triggered the same feelings of grief.

Evenings alone also proved to be difficult, as this was when I used to sit in Mum's room and watch TV, watch DVDs, or listen to music with her.

Talking of music, I know there will be certain tracks, that will also prove to be triggers.

Sometimes, things that I know will act as triggers, can be avoided, but it's the unexpected triggers, the things or events that we don't even consider, that can be the hardest to overcome. It could be a place, a smell, a sound, or even some apparently obscure event, that can sometimes trigger memories - and suddenly, the grief is back.

I recall, quite a while after my Dad passed away, driving through the countryside in South-West England, along a route that was often used by my Dad when I was young. Suddenly, along that very same route, by the side of the road, loomed a large ornate gateway, part of a large country estate. I remembered that gateway from my younger days, when Dad was driving us from Sussex to Cornwall - it was one of those unexpected triggers!

I know these triggers will diminish over time, and that time heals, but there will always be something, totally unexpected, which will bring the memories flooding back - and suddenly, the grief is back. Not as intense as the early days, but it's still there.

On the up side, although there is grief, it's often accompanied by happy memories, once the initial grief has subsided. What seems to cause some of that grief, is knowing that those happy memories can no longer be shared with those close to us, who are no longer with us, and who were once part of those precious memories.

Mum's grief after the loss of her Mum, and its effect during her dementia journey...


For much of Mum's life, after her Mother passed away, she would occasionally experience grief, brought about mainly by the guilt of not being able to be with her Mother, when she needed her daughter most. Mum never forgot that, and lived with that guilt, and the grief it would sometimes bring, for the rest of her life.

In the later stages of Mum's dementia, she would often call out for her Mum. Fortunately, there was a photograph of her, on the wall of her room, and I was able to point her to it. Seeing her Mum's face, was enough to help to reassure her, and keep her calm.
Posted by Martyn at 05:54