When caring for a loved one comes to an end...

Four and a half years of caring for Mum, then? Emptiness!


It'll soon be two weeks since Mum passed on, and I'm still trying to get used to the idea that what I did for her, for the last four and a half years, is over.

Caring for a Mum with dementia, who was completely bed-bound, and unable to feed herself, was a full on, 24/7, responsibility. With care workers coming to help four times a day, and in the last three months, Community Nurses, once a day, my days were made up of a very precise, set routine.

My days were occupied making Mum meals and providing drinks, doing a local shop for essentials, and occasionally collecting her prescription drugs.

My days would usually start at around 8am, and often go on until the early hours of the following day, allowing me a small amount of time for sleep. If I awoke in the middle of the night, I'd go and check on Mum. That was my life.

Then, one night, it all came to an abrupt end. I knew it was coming, but I was unable to prepare myself for it. All of the community support provided during those four and a half years, stopped. The doorbell stopped ringing. The friendly faces of Mum's care workers were nowhere to be seen. It was a massive shock, made even worse by the loss of Mum.

None of this was helped by the fact that during the first few days I had to contact Mum's doctor, to arrange for his certificate, and liaise with the funeral directors over arrangements for cremation and a service to celebrate her life.

Once I had the doctor's certificate, I had to make an appointment to see the Registrar of Births, Marriages and Deaths, in order to officially register Mum's passing, and collect copies of the official death certificate.

None of these tasks took very long, thereby leaving me with what suddenly seemed like vast periods of time, with nothing to do. I was lost! In limbo! 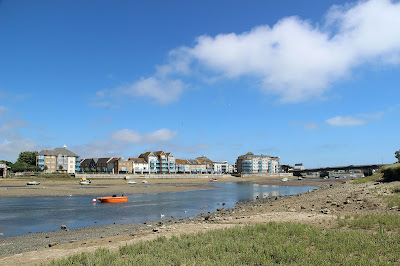 I took to going for long walks, which helped. I enjoy walking and cycling, and will very soon be out and about on my bike. But, I've yet to decide what I'm now going to do with my life. 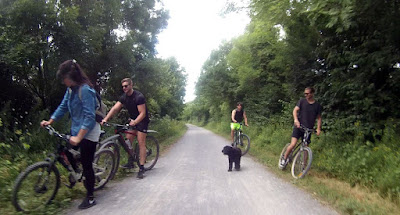 For most of my working life, I've been a Graphic Designer, but, as I'll be 60 next month, returning to that occupation is not really an option. Besides, I'm not ready to go back to work, any time soon. 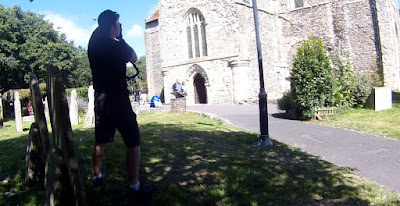 I enjoy photography, so I might pursue that for a while. I've also considered doing some voluntary work, helping others who either care for those with dementia, or those living with dementia. I've plenty of experience on that score. But, I'm not ready for that yet either, and I'm not sure when I will be.

Mum's service and cremation takes place next week, so after that, and once everything else is sorted, perhaps then, I might be able to think about what the future holds for me. One thing I do know, it's going to take me quite some time.

I guess, on the up-side, I've got quite a lot of that now!